It’s over 7,650 miles from Detroit to Kathmandu. But that didn’t stop a Bloomfield company from reaching out to rescue young Nepali girls from a life of slavery and prostitution.

At a ceremony in Birmingham’s Townsend Hotel, Mission Painting was awarded “Business of the Year” from international relief agency, Forgotten Children Worldwide. Founded in 1999, Forgotten Children is located near Fort Wayne, Indiana, and operates orphanages and rescue operations in India, Kenya, Nepal, and other countries.

Eric, owner of Mission Painting and Home Improvements, says: “Every 26 seconds, a child is trafficked around the world. I have a child of my own. I had to get involved. Our entire business is now dedicated to transforming lives of at-risk kids.”

While volunteering overseas, Rick decided to devote Mission to helping children. His plan? “Donating a one-year child sponsorship with every major paint job or home improvement.”

Rick says, “There’s no cost to our clients, and a vulnerable orphan gets food, clothing and education for 12 months. On commercial projects, we donate 10% of all profits.” 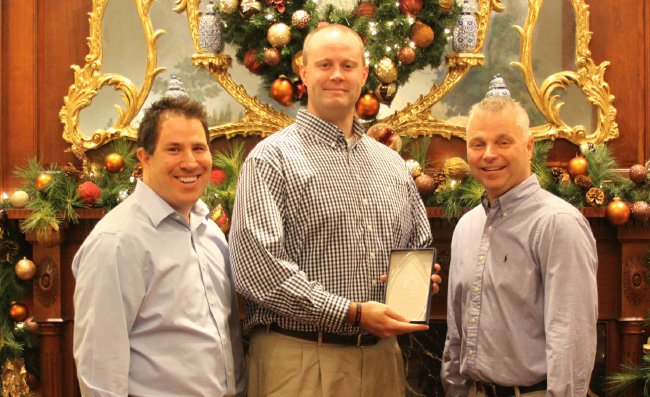 Co-owner Eric Regan says, “Our goal is self-sustainability for impoverished families. We don’t just donate money and food. We give them tools to generate income for years to come.”

Rick agrees, “Our way to fight child exploitation is by starting self-sustaining businesses. When people can earn a living, they don’t have to sell their children to feed the rest of the family – and they can assist other poor kids, too.”

Recently, Mission helped buy a self-supporting farm near Kathmandu, Nepal. In November of this year they donated a 16-passenger mini-bus to FCW partners in Nepal to launch a taxi and tourism business. This profitable bus service allows six Nepali families to care for themselves and take in 3 orphan kids per household.

Mission’s charitable focus is meant to inspire other local business owners to jump in. Eric says, “We take concerned Americans with us overseas to come up with solutions. These U.S. entrepreneurs can help indigenous people combat injustice – like human trafficking – by setting up locally run businesses.”

Eric invites Kansas and Missouri businesses to join him. “Mission was started in 1985. Now it’s time to give back. If you’d like to travel abroad with us, or have ideas for self-sustaining microbusiness, let’s discuss it. We can help fight child exploitation by fighting the poverty that breeds slavery.”

The 2014 “Business of the Year” award was presented to Mission Painting by Forgotten Children’s Chief Development Officer, Aaron Brown, of Fort Wayne, Indiana. Says Aaron, “Rick and Eric went above and beyond with new, creative solutions. By funding agriculture, transportation, and vocational training, they are lifting families out of poverty while saving kids from human trafficking. They deserved to be honored.” 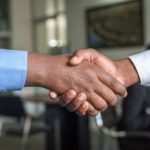 Think of our 5-year exterior warranty as a FREE 5-year maintenance plan for your home. We will proactively inspect our work, each year, for the duration of your warranty. We just wish cars had warranties this good.